Dateline: Virginia, 1619-1660. This post is about the membership list for the Burgesses.  Long list of names for family research too. Some of them are royal gateway ancestors.

The House of Burgesses was the forerunner of the House of Representatives.

This list uses the old lettering “f” for “s” inside the word.

Some of the membership lists for various years have not been found by Virginia historians.

The slash (1627/28) usually indicates crossing over the new year in the spring, which happened on March 25 (not January 1). 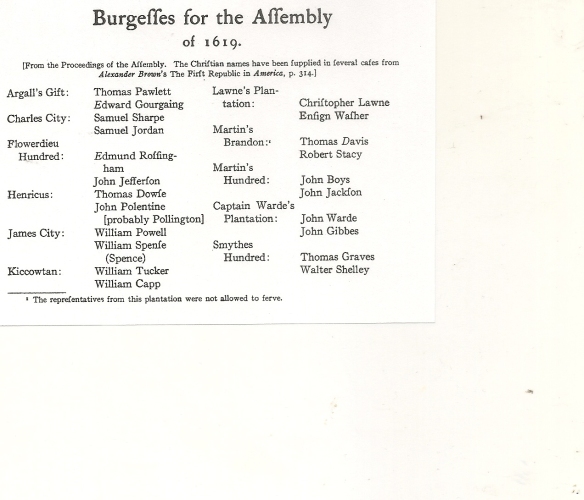 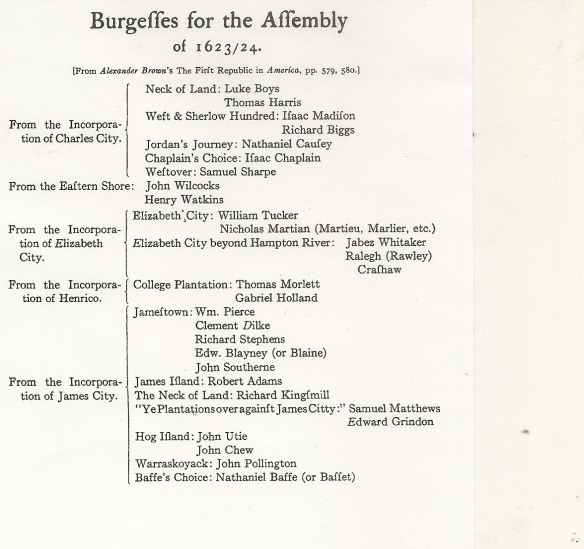 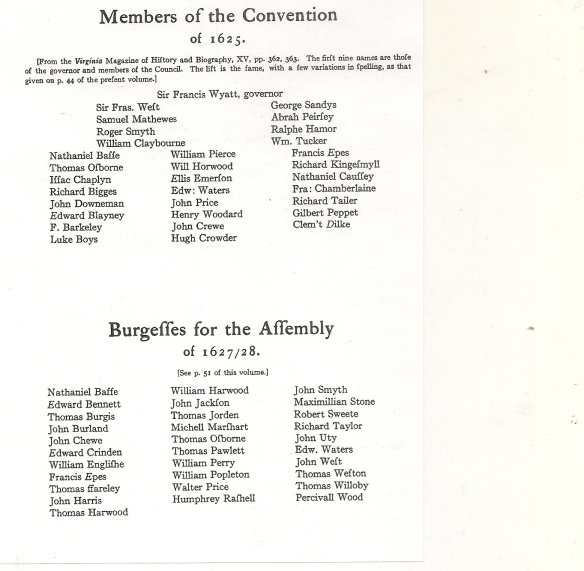 Above, 1625 Convention, the first man is the governor and the knight; the men right below him are probably his counselors; the rest are members of the House of Burgesses.

Francis Epes, on the 1625 list, on the right, was very prominent in Virginia. The Epes eventually married into the Jefferson line; see this post: Epps of Early Virginia 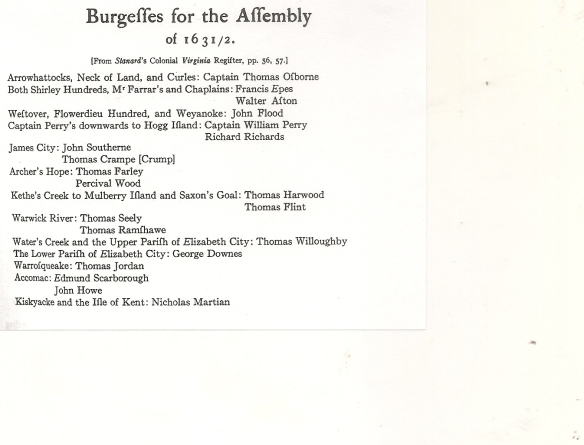 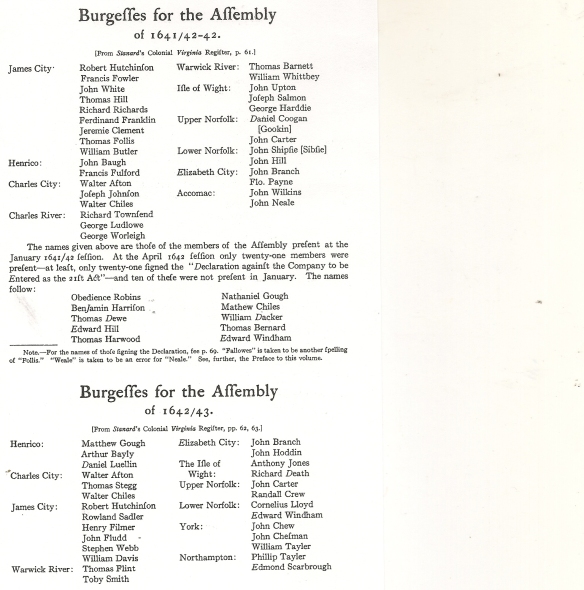 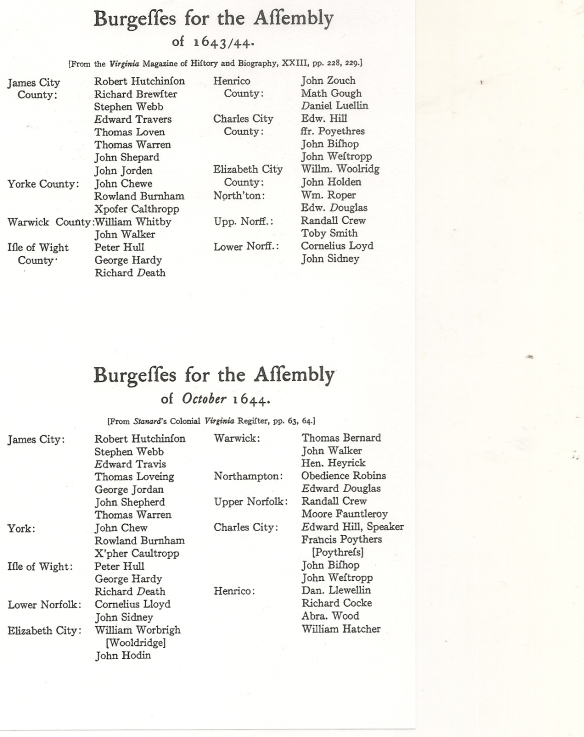 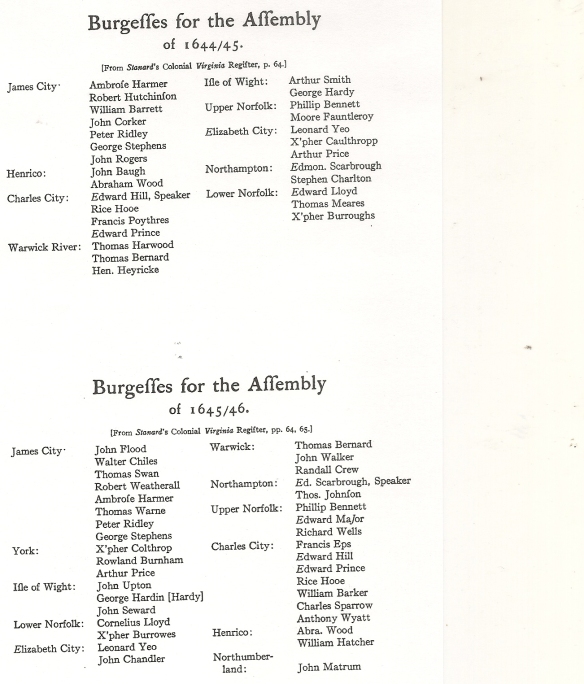 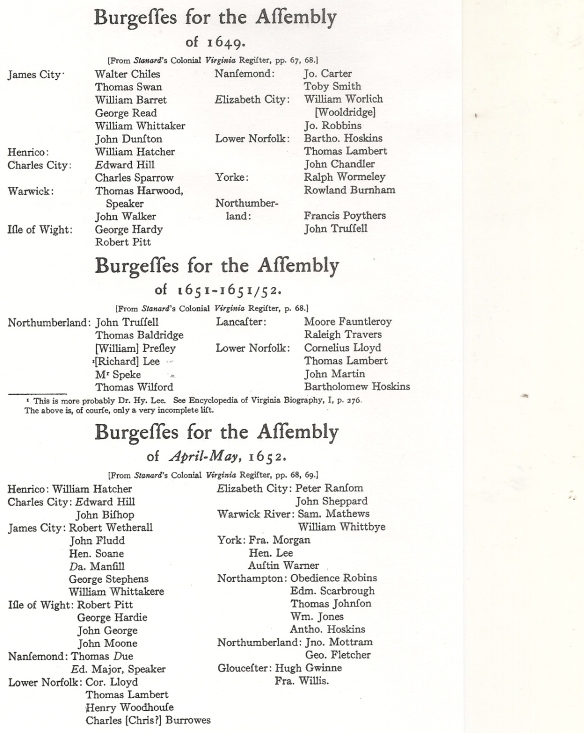 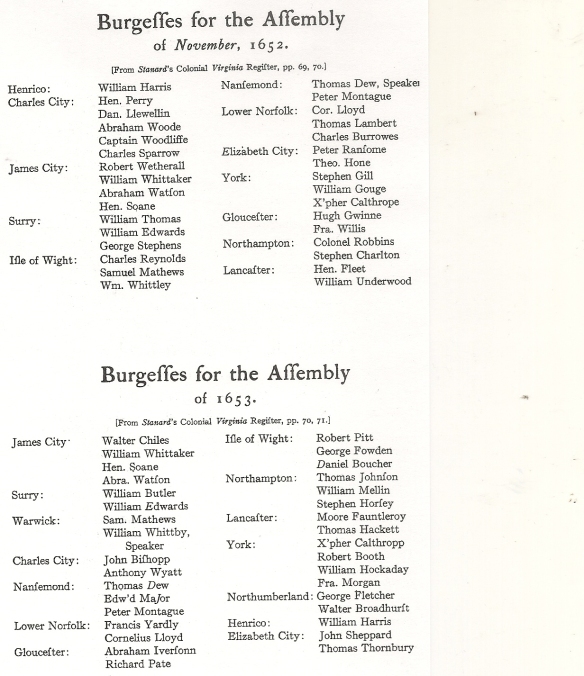 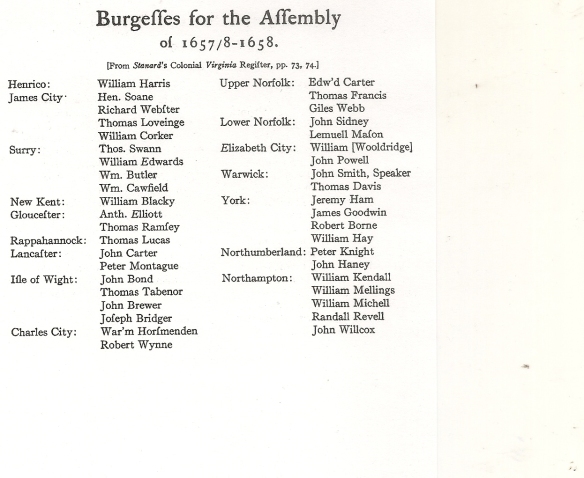