He was the father of William the Conqueror and ruled over Normandy from 1027 to 1035.

Let’s begin with genealogical tables to get the big picture. 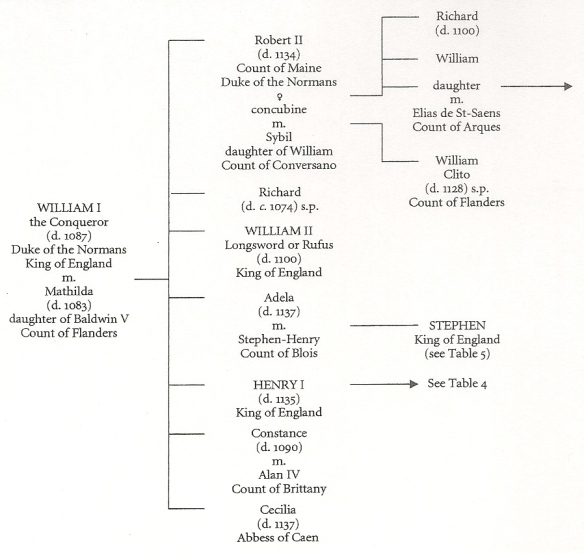 Here is Bouchard’s table of the Carolingians:

And here is Bradbury’s table of the early Capetians:

HOUSES OF NORMANDY AND BLOIS

Rolf or Rollo the Viking

Richard I, Norman Marquis and Count

Robert I, Duke of Normandy

Matilda, Wife and Queen of William the Conqueror

David Crouch, The Normans: The History of a Dynasty (Hambledon and London, 2002).

Earl of Onslow, The Dukes of Normandy and their Origin (Hutchinson, 1945)