He was born in 1187, the eighth in the dynasty, and ruled only from 1223 to 1226. He and his father Philip II Augustus were kings when Henry II, Richard I, John, and Henry III were kings of England. Fireworks!

Let’s begin with a genealogical table. This one comes from the encyclopedia Medieval France and gives an overview: 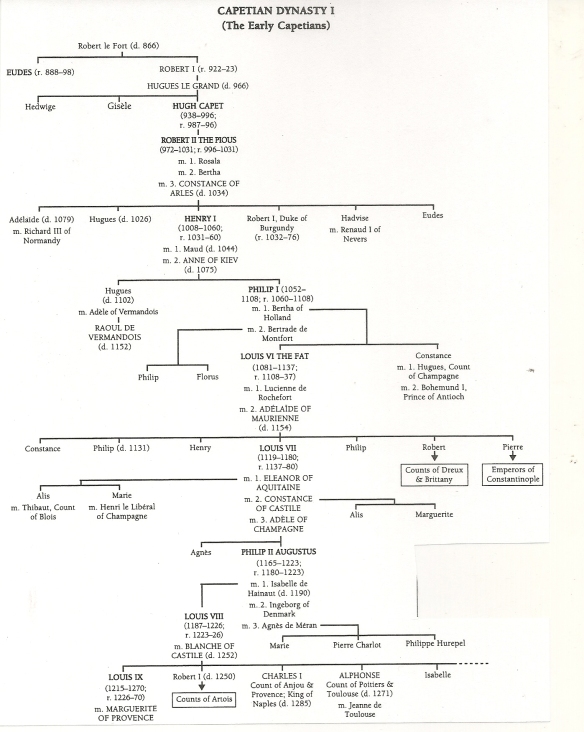 They are about English kings in relation to the French kings. 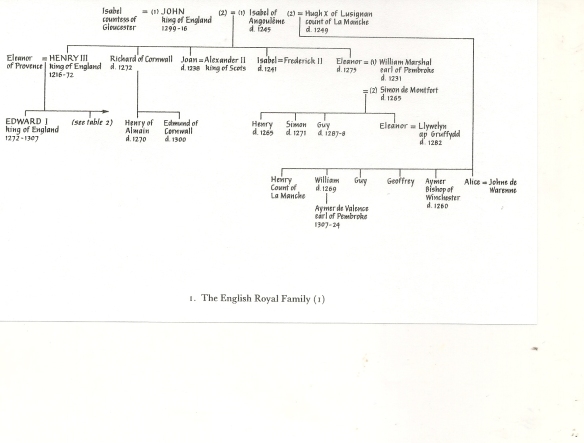 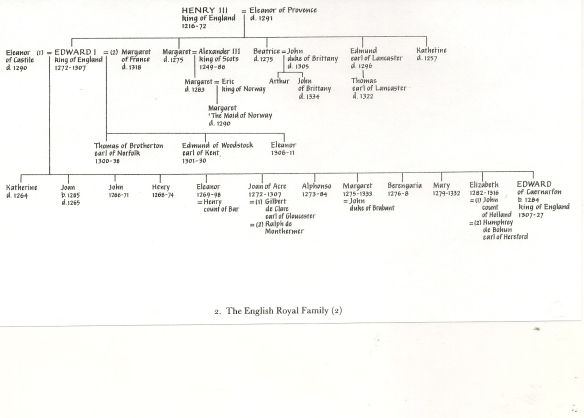 Let’s get started with Louis VIII.

He was anointed King of France with his wife at Reims 6 Aug 1223.

His main claim to fame is that he invaded England.

He declared John deposed for murdering his nephew Arthur of Brittany, his brother Geoffrey’s son. Louis claimed the English throne through his marriage to Blanche of Catile, granddaughter of Henry II.

The papal legate denied the French claim, and Philip did not support him. Louis exploded in his father’s face: “It is not up to you to decide matters concerning England … I fight for the inheritance of my wife!” (Qtd. in Bradbury).

Louis launched the navy on 20 May 1216, but a storm prevented most from arriving at the appointed destination.

Would the English barons join John or Louis? John died on 19 Oct 1216, and many barons shifted their allegiance to his son Henry III.

Louis attacked Lincoln, and William Marshall, the greatest knight, broke through and relieved it on 20 May 1217.

The French navy was defeated, and Louis gave up his project to take England.

We can finish up his reign, which began in 1223, by noting he took Poitou and almost conquered Gascony.

Next, he defeated the heretics Albigensians, but they went underground.

He attacked Langedoc, conquered Avignon, and forced the rest of the South to submit to his rule.

He died on 8 Nov 1226 at the Castle of Montpensier on the Albigensian Crusade and was buried in the Abbey church of Saint-Denis.

He left his son Louis IX under the regency of his mother, Blanche of Castile.

Louis VIII was the son of Philip II Augustus. He was also the Count of Artois, duke of Normandy, Count of Anjou, Count of Auvergne, Count of Vermandois and Valois, Count of Alençon by his first wife Isabella, by law Countess of Artois, daughter of Baudouin (Baldwin) V, Count of Flanders and Hainault.

He married in the church of Port-Mort (Eure) in Normandy 23 May 1200 Blanche (or Blanca) of Castile, daughter of Alphonse (Alfonso), King of Castile, Toledo, and Extremadura, lord of Gascony, by Eleanor, daughter of Henry II, King of France. Blanche was born at Palencia in Castile before 4 Mar 1188.

They had these sons:

3.. Jean or John (twin with Alphonse)

5.. Robert, Count of Artois (he married Mahaut or Matilda of Brabant);

9.. Charles, King of Sicily and Jerusalem and Count of Anjou (he married Beatrice of Provence);

They had two daughters, including Isabelle, nun and Abbess of Longchamp (she died 23 Feb 1269).

That list of children comes from Richardson’s Royal Ancestry. Sometimes when a child died in infancy (as perhaps the twins did), the parents name later children after them.